Discussing the State-of-the-Science on Climate and Wildland Fire: Part 2: Intersection of climate and wildland fire

State-of-the-Science on Climate and Wildland Fire: Part 2: Intersection of climate and wildland fire

The Missoula Fire Sciences Laboratory will hold a virtual two-part panel discussion on the state-of-the-science regarding climate and wildland fire during the upcoming fall semester of the recurring Fire Lab Seminar Series. Weather is a key driver for wildland fire, both in terms of direct effects (e.g., lightning, wind, and moisture effects on ignition and fire behavior) and indirect effects (e.g., weather drives fuel characteristics and dynamics which govern ignition and fire behavior). Thus, climate science and the information and products generated by the climate science community are inherently important for wildland fire research. A recent article by Dr. Steven E. Koonin with excerpts from his book, “Unsettled: What Climate Science Tells Us, What it Doesn’t, and Why it Matters,” stimulated discussion among fire researchers over the state of climate science as it relates to wildland fire. In an effort to delve deeper into the science, identify gaps in our current understanding, and facilitate a broader discussion on this topic, we have planned a two-part series of panel discussions featuring experts in the fields of climate sciences and wildland fire. The first panel will focus on the state of climate science, including observations, global climate modeling, and regional climate modeling and observations. The second panel will focus on the intersection of climate and wildland fire, including fire occurrence and intensity, post-fire recovery, and fire ecology. Together, the panels will address questions such as: What is the certainty/uncertainty associated with current climate projections? What do climate projections forecast for various regions across the Western US and how confident are we in those projections? What effect is climate change likely to have on fire regimes across the Western US? Will climate change produce more frequent and intense fires in the Western US? The intent is to facilitate scientific discussions that will enhance our understanding of the certainties, uncertainties, and limitations regarding climate science and wildland fire.

Cliff Mass went to Cornell University for his undergraduate education where he majored in physics.  He also worked with Astronomer Carl Sagan on a model of the Martian atmosphere and with Stephen Schneider of NCAR on climate modeling.

After Cornell he entered the Ph.D. program at the University of Washington, with his doctoral work on African wave disturbances, the forerunners of tropical storms and hurricanes in the Atlantic.

Leaving the UW, Cliff joined the faculty of the Meteorology Department at the University of Maryland, where he taught synoptic meteorology and weather prediction, and worked on a variety of research topics, from Northwest weather circulations and high-resolution modeling, to the climatic implications of the Mount St. Helens eruption.>

After three years at Maryland, Cliff moved to the University of Washington as an assistant professor in the Department of Atmospheric Sciences.   During the next few decades, Cliff and his students have systematically studied the weather and climate of the western U.S., completing over seventy papers on West Coast phenomena as varied as orographic precipitation, coastal surges, the Catalina Eddy, and the Puget Sound convergence zone, to onshore pushes, downslope windstorms, and various local gap winds.   Numerical simulation has been a key tool for his group, which now runs the most extensive local high-resolution prediction system in the United States.   He is also heavily involved in regional climate modeling for the western U.S.

Cliff has been involved in a number of other initiatives, including the acquisition of coastal radar on the Washington coast, improving the infrastructure of the National Weather Service, the use of smartphone pressure observations for weather prediction, and the improvement of K-12 math education.  He is the author of the 2008 book “The Weather of the Pacific Northwest” for which a second edition will be released on August 2021..   Cliff also writes a weather blog (cliffmass.blogspot.com) and has a weekly podcast (https://podcasts.apple.com/us/podcast/weather-with-cliff-mass/id1530589673)

Alexandra D. Syphard, Ph.D. is chief scientist at Vertus Wildfire Insurance Services and additionally serves as an associate of the Conservation Biology Institute and an adjunct professor in Geography at San Diego State University. Alexandra is a research scientist who has spent more than two decades analyzing the ecological and social drivers and impacts of landscape change, particularly focusing on wildfire in California and other Mediterranean ecosystems. She investigates how change has occurred in the past, how it is likely to occur in the future, and how different policy or management alternatives may impact ecological and social well-being. Alexandra has concentrated intensely on wildfire risk to communities and identifying the best approaches for balancing fire risk reduction with biodiversity conservation. Her research also focuses on the interactions among wildfire patterns, fire-climate relationships, land use change and urban growth, vegetation dynamics, invasive species, and species’ range shifts.

Dr. Sean Parks is a Research Ecologist with the Aldo Leopold Wilderness Research Institute, an entity within the Rocky Mountain Research Station of the US Forest Service. He is interested in the relationship between fire and climate, restoring fire as a natural process, and using wilderness as a natural laboratory for studying fire. Sean is also interested in maintaining connectivity for flora and fauna among protected areas as the climate warms. Sean earned his B.S. (Environmental Science) and M.A. (Geography) from the University of California, Davis and his PhD (Forest and Conservation Sciences) from University of Montana. 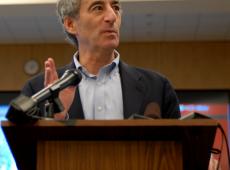 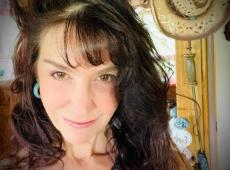 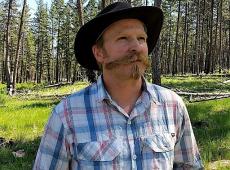 The Missoula Fire Sciences Laboratory has been hosting an annual seminar series since 1998.