Understanding the Physics of Fire Spread

Experiments to date have demonstrated that the intermittency of flame contact is due to flow instability in the hot gases resulting in a predictable pulsation frequency related to the dimension of the fire. Because the physical processes of ignition by convective heating may be different than by radiative heating, ignition experiments are also being performed using a unique hot air torch capable of heating air to flame temperatures. The research team also has discovered that the ignition of wood depends on a critical rate of converting solid mass to combustible gas similar to other substances, such as plastic, and that ignition depends on heat flux and wind flow, providing an improved definition of ignition and flammability limits. Recent experiments also demonstrate that this critical rate is also a function of the moisture content of the fuel.

This research suggests a completely new approach to understanding and modeling fire spread that is based on an experimentally supported theory, creating new opportunities for developing models that can be used for wildland fire management applications. 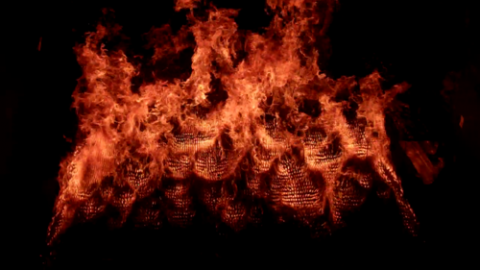